An Unexpected Cleanup at Smuttynose Island

Today, we set off from Rye Harbor at 7 AM intending to go out to White Island, one of the Isles of Shoals. We know that White and its adjoining island Seavey have some old lobster traps and other debris that needs to be removed. Working under a grant from the Fishing for Energy Partnership, we had already secured a dumpster from Northeast Recycling and permission from NH Fish and Game to remove the (unfishable) traps.

As we've found out time and time again when doing these island cleanups, not everything happens as expected. We knew the swells out at the islands might be tough. The island is only accessible by small boat (i.e., a skiff or inflatable), since there isn't a dock on the island. But, we had a very tight weather and biological window in which to do the cleanup. It was a bright, relatively calm and sunny day, and it was one of the last days we could go out to Seavey Island to retrieve marine debris before we would bother nesting terns.

As we got to the island and launched the skiff from the fishing vessel Yesterday's Storm, it soon became clear that it would not only be difficult simply to land on the island - it would be nearly impossible to load derelict lobster traps and other debris onto the skiff, so we could transport them onto the fishing vessel and bring them to the dumpster in Rye Harbor. OK... on to Plan B.

Not wanting to waste vessel time or that of our staff and volunteers (who, after all, had gotten up super early to pick up debris with us!) we decided to switch gears and see if we could do a cleanup on nearby Smuttynose Island. We did a cleanup on Smuttynose last year and found a lot of debris, and it is accessible from the relatively sheltered Gosport Harbor. That cleanup seemed like a piece of cake in comparison - we quickly found an available mooring, drove over to the island by skiff, and spent the next 3.5 hours combing the island for marine debris.

There aren't any terns to worry about here - but there are great black-backed gulls, and they weren't always too excited to see us (even though we kept telling them that we were ridding their habitat of harmful marine debris).  We can't say we weren't warned... 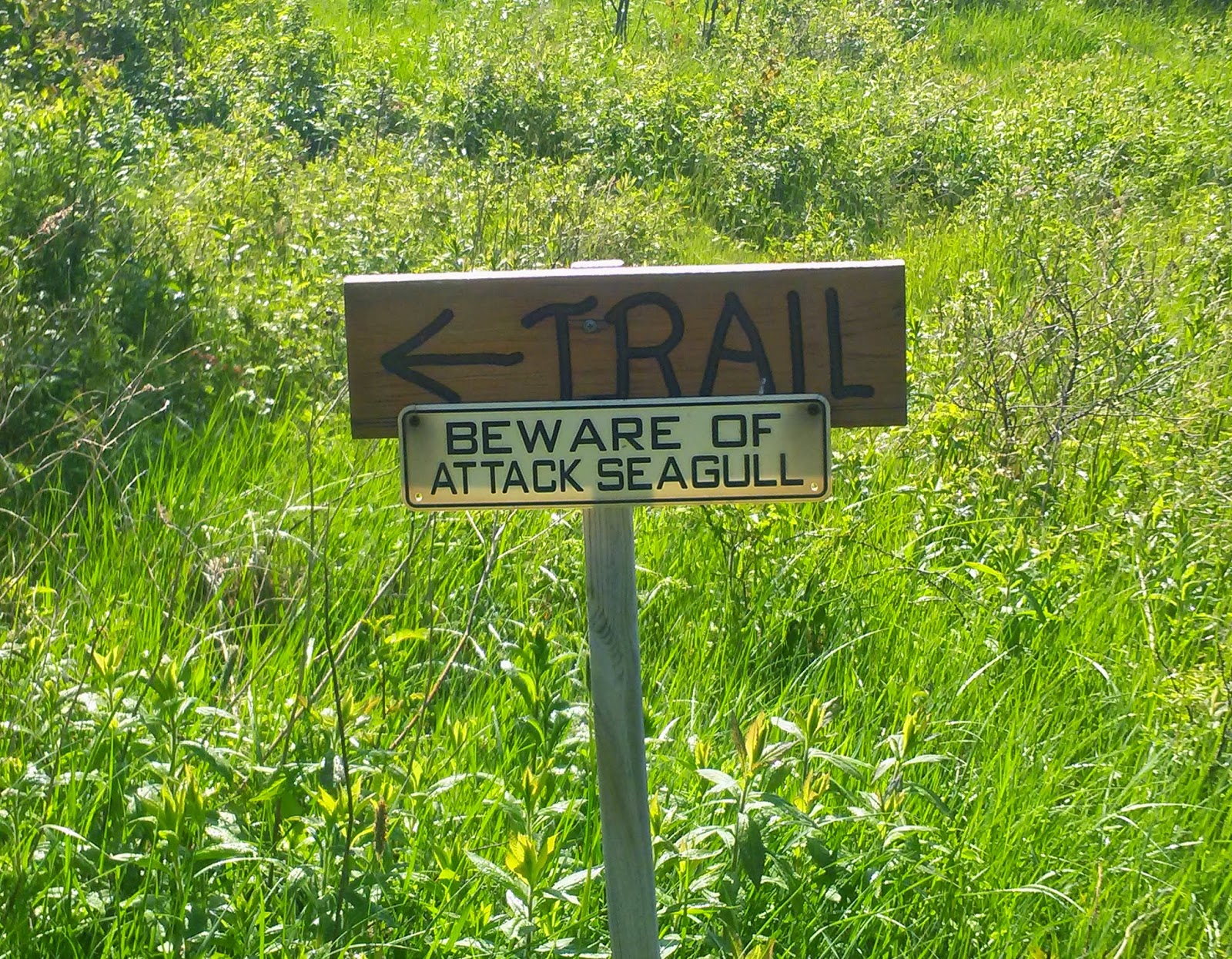 This is a sampling of what we found:
Some of the more unusual things were: a wooden chair seat, 2 combs, a flip flop, 2 big foam chunks, an orange fender and a large plastic sugar container. 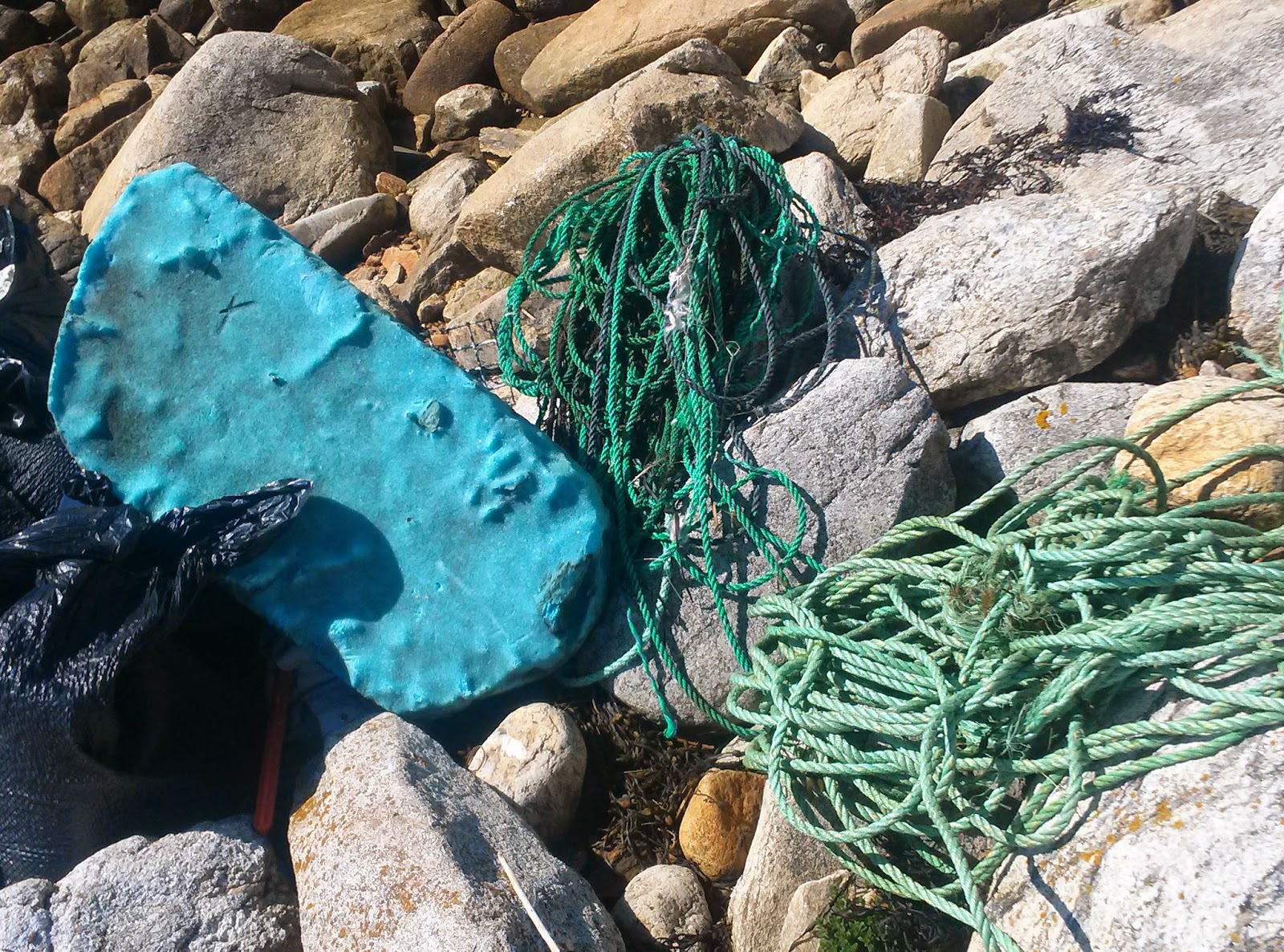 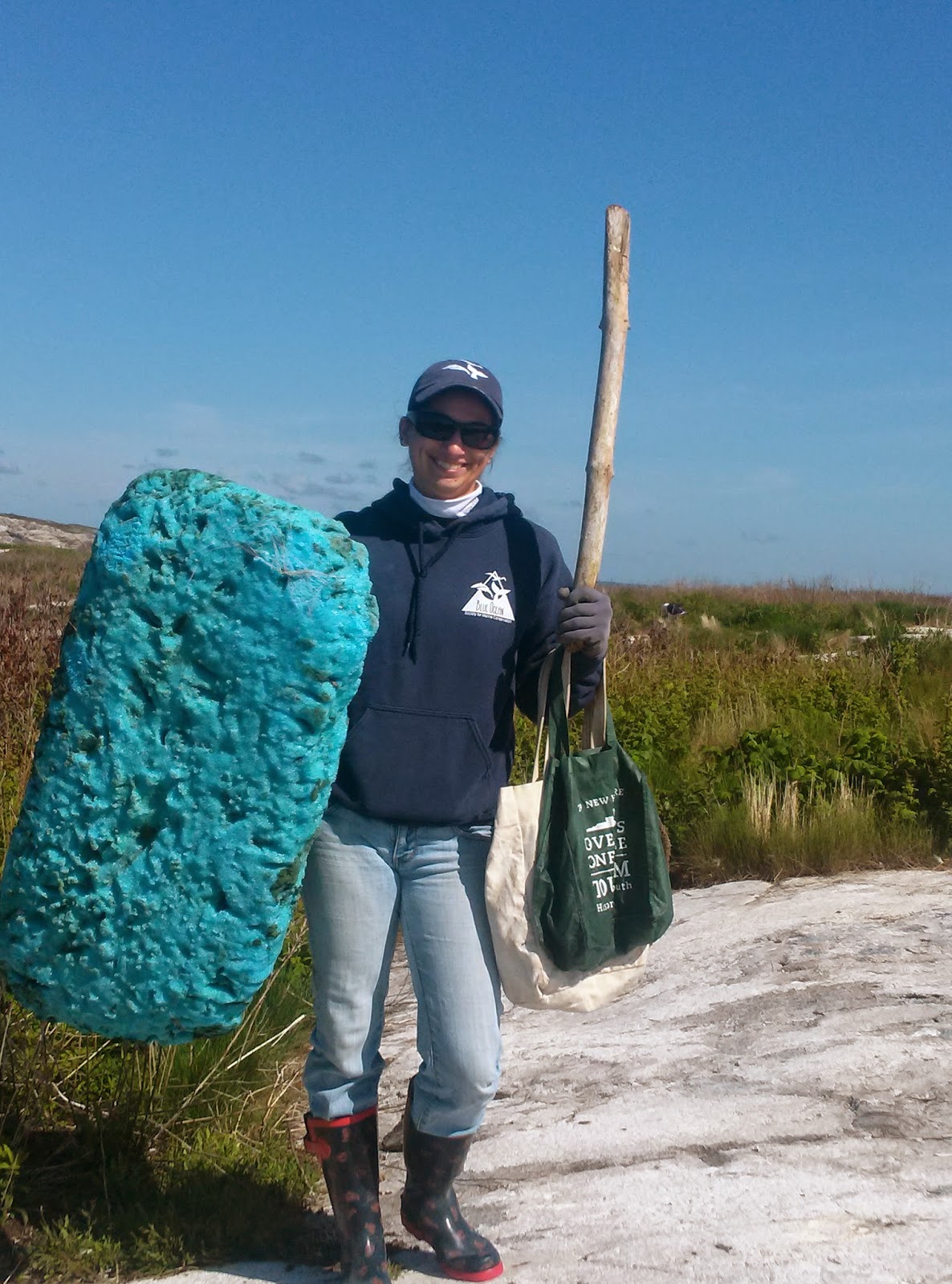 In all, we picked up 228 pounds of marine debris from the island - litter that could have threatened the seabirds living on the island, or washed out to sea where it could harm other marine life, such as seals, whales, sea turtles, seabirds and smaller marine animals that make their home in the Gulf of Maine.

We have had a great season of Shoals cleanups so far - before today, we had already removed about 700 pounds of marine debris from Star Island and Appledore Island. We are still hoping to get out to White Island to get that debris before the end of June... stay tuned...

Posted by Jen Kennedy, Blue Ocean Society Exec. Director at 4:25 AM No comments: